The Statue of Unity  is a monument dedicated as a tribute to the ‘Iron Man of India’ Sardar Vallabhbhai Patel and is located on the river island called Sadhu in Gujarat. 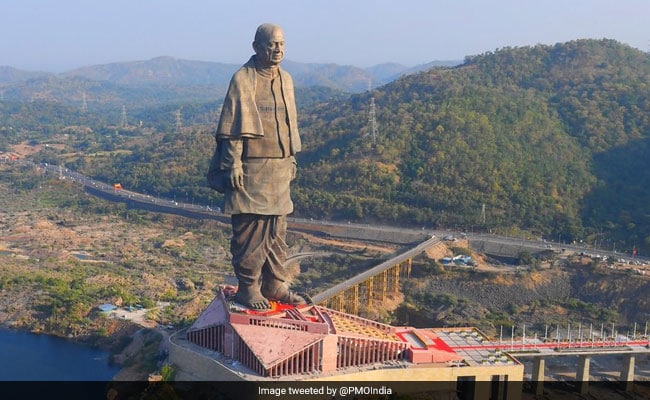 1. It is Tallest Statue in World

It is the world’s tallest statue with the height of 182 metres (597 ft). ‘Statue of Unity’ surpasses the China’s ‘Spring Temple Buddha‘ statue which is of height 153m. The monument with its surroundings occupies over 20,000 square metres, and is surrounded by a 12 square km artificial lake. The Statue of Unity will be double the height of the ‘Statue of Liberty‘ in the USA and five times taller than the ‘Statue of Christ the Redeemer‘ in Rio de Janeiro, Brazil.

The Statue of Unity will have a viewing gallery at 153 m, which can accommodate up to 200 visitors at a go, and will offer an expansive view of the dam. 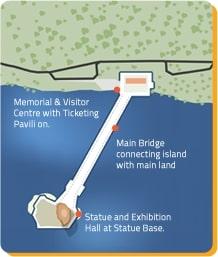 The project was contracted to L&T (Larsen & Toubro) in October 2014 for its lowest bid of ₹2,989 crore (US$420 million) for the design, construction and maintenance. Project was supervised by a consortium led by Turner Construction, which managed Burj Khalifa project. 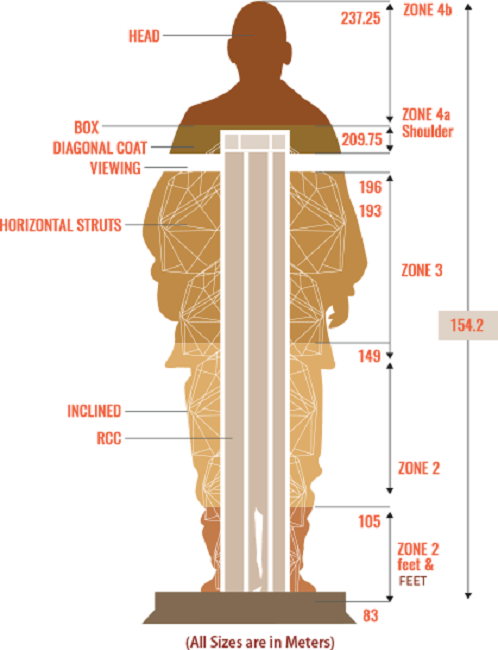 core construction and measurements of statue of unity

5. Resistance of statue, can withstand

Can withstand Wind speeds of up to 50 m/sec, Earthquakes measuring up to 6.5 on the Richter Scale, at a depth of 10 km and within a radius of 12 km of the statue. 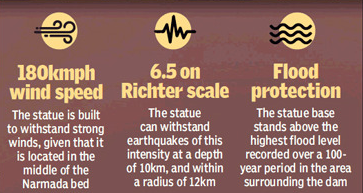 The Shrestha Bharat Bhavan adjacent to the Statue of Unity is designed to be a 128-key, 3-star hotel facility with food service, guest amenities, and conference facilities to welcome visitors. It has also built high-speed elevators that will take you to a height of about 400 feet through the core of the statue where you can get panoramic view of the surroundings. About 200 people can stand at any given point of time on a platform close to the chest of the statue.

7. PM Modi who laid foundation stone was also the one to inaugurate

Prime Minister Narendra Modi, the then Chief Minister of Gujarat, laid the foundation stone of statue on October 31, 2013, the 138th birth anniversary of Sardar Vallabhbhai Patel. 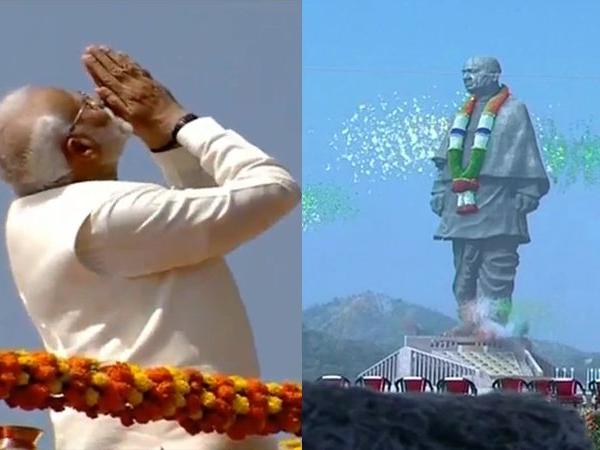 8. After completion, the Statue of Unity will generate approximately 15,000 direct jobs for tribal people every year.

The Gujarat government expects that an average of over 15,000 tourists will visit the monument daily. The project will generate approximately 15,000 direct jobs for the tribal people every year.

9.Ram Vanji Sutar, sculptor behind the Statue of Unity 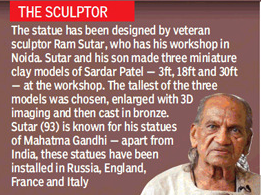 The walking pose and chappal-clad feet make the statue the most slender at the base, which goes against the norm that other statues have followed. There is also gap of 6.4 m between the two feet because of the pose, which was designed to withstand strong winds.

Statue of Unity All you need to know