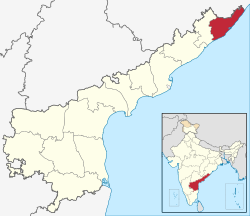 CycloneTitli which intensified into a “very severe cyclonic storm” over the Bay of Bengal also brought with heavy rain and strong winds. According to the National Disaster Management Authority, 2 people have died in Andhra Pradesh.

Road communication snapped as several trees were uprooted in Srikakulam district after CycloneTitli made a landfall. 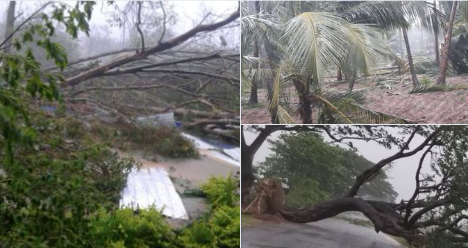 Some animals were also killed and roads were blocked after several trees uprooted. 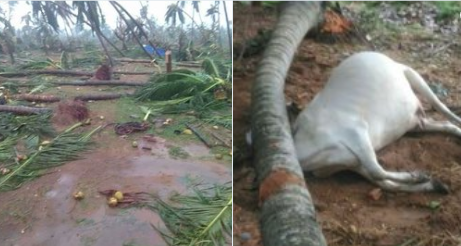 #CycloneTitli Some animals were killed at Srikakulam District 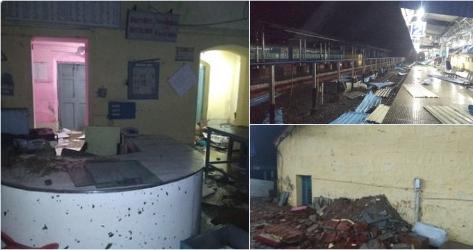 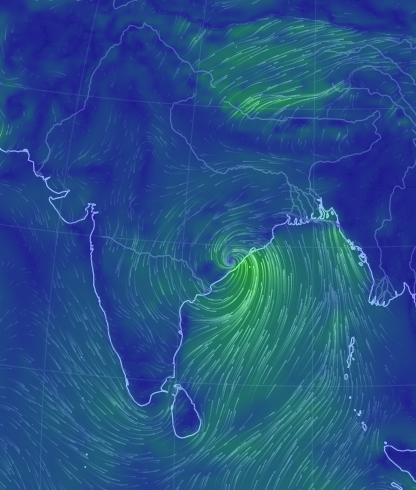 Cyclone ‘Titli’ ( which means butterfly in Hindi ) made a landfall in Gopalpur between 4:30 and 5:30 this morning. Trees and electric poles were uprooted in several parts. Over three lakh people in Odisha’s five coastal districts have been moved to safety. Flights and train services between Andhra and Odisha have also been affected because of Cyclone Titli. IndiGo Airline has cancelled five flights to and from Bhubaneswar.

“There has been no major damage or report of casualty received from any part of the state so far. Some destruction was reported from Ganjam and Gajapati districts. Power supply and telephone links got disrupted at many places,” Special Relief Commissioner BP Sethi said.